Mauro Fiore, Jr., is a Los Angeles native who graduated from Law School in 1998. He was drawn to personal injury work because he wanted to help injured person obtain justice against large corporations and insurance companies that attempt to take advantage of the regular everyday people that Mr. Fiore and his firm represent. Since founding the Fiore Legal Law Firm they have collected over $250 million dollars in verdicts and settlements for injured clients. Many of these clients would not have been able to fight these corporate bullies alone.

Mr. Fiore has tried over 40 jury trials and focuses his firms practice on auto and trucking accidents and catastrophic personal injuries including premises liability and dangerous conditions of property cases. Never afraid to take on a big or complicated case, Mr. Fiore has a reputation as a fierce litigator and dedicated advocate for his clients. He is an elected member of the Board of Governors of the Consumer Attorneys Association of Los Angeles and of the Brain Society of California (a group dedicated to protecting the rights of brain injured persons). He is also an Emeritus Board Member of the Los Angeles Trial Lawyers Charities and has been instrumental in over 5 million Dollars having been donated to the poor and needy through his work with this charity.

Mr. Fiore has won many awards for his achievements in the field of trial and injury law including being Selected to Super Lawyers: 2016 – 2020 and to Super Lawyers Rising Stars: 2013 – 2015. He was given an award of recognition by the Los Angeles Superior Court for his service as a mediator to the P.I. Hub ADR program. He and his very experienced team of lawyers and paralegal staff work closely together to achieve superior results and have brought dozens of cases to trial for deserving clients. 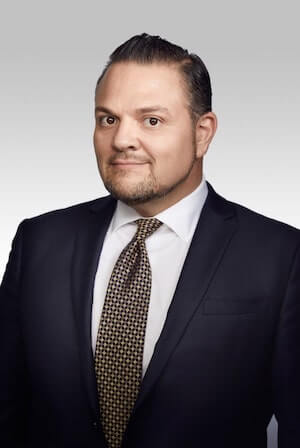